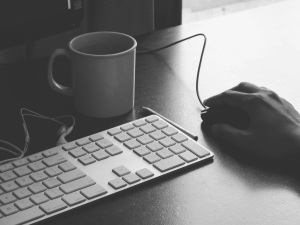 Just a few weeks ago, on a whim and a prayer (I’ve always wanted to write that), I decided to attend another Third Place meetup.

Third Place is a meetup for L&D professionals in cities across Australia.

This particular meetup was to explore a new co-working space Queens Collective in Queen Street  Melbourne.

Despite being a little late, I found the Queens Collective easily. The venue itself was pleasant offices and meeting rooms upstairs, open working areas, meeting rooms and a kitchen with several coffee machines. And wi-fi (of course!) and fibre internet (Ok I’ll take that too!). And near two coffee shops and cafes.

Once the tour was over we settled down to co-working. Today I thought I would be seen and not heard. But that was only for a moment.

The two people opposite me were working on a presentation about MOOCs (Massive Open Online Courses) and had some questions. It took a little while for me to realise that I could actually help them. I remembered that I had used a MOOC for studying a degree. I had graduated from passive onlooker to something of a helpful subject matter expert.

Later on I realised that this had happened before when I was co-working. Ask me a question and I’ll help you if I know.

Call it serendipidity if you like but it’s the helping people that’s the fun thing!